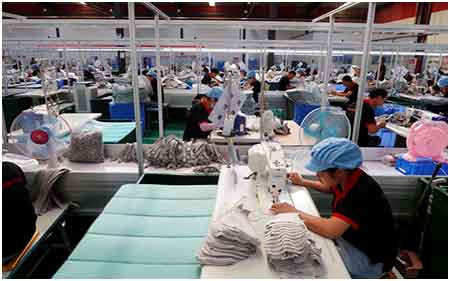 In March, the growth of producer prices in China slowed down even more. The producer price index rose by 8.3 percent compared to the previous year. One reason for this is high energy prices.

In China, producer price growth slowed further in March. The producer price index rose 8.3% in March from a year earlier, the Beijing Bureau of Statistics said on Monday. Thus, the increase was slightly higher than the experts expected on average. However, like the previous month, it remained in single digits. Prior to this, producer prices rose in double digits in some cases, with October's 13.5% rise the highest in 26 years.

Oil prices rose sharply in March due to the war in Ukraine and Western sanctions against Russia. Although this was offset by extensive coronavirus lockdowns in major Chinese cities, which raised fears about the economy and sent oil prices down again by the end of March, oil prices were still higher than they were in February.

Meanwhile, the Chinese government's measures to curb the spread of the virus have disrupted food production and delivery in parts of the country, pushing up prices. Prices for fresh vegetables have jumped by a good 17 percent compared to last year, and transport fuel prices by almost a quarter.

This was reflected in consumer prices. In March, they rose by 1.5% year on year. This is slightly more than the average expected by experts, and also more than the 0.9% growth in February.