$6,600 billion is traded every day, which is an excessive growth of the foreign exchange market. 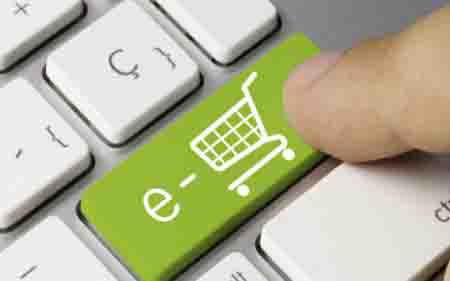 (BFM Exchange) - after a reduction in the period from 2013 to 2016, the daily volume of foreign exchange trading has increased from 5.1 to 6.6 billion dollars per day over the past three years. If the dollar retains its status as the base currency, the share of transactions carried out in euros has increased slightly over this period.
Dizzying. According to data published on Monday, September 16, by the Bank for International Settlements, which is considered the central bank of central banks, daily trading volumes in the world's largest foreign exchange market have increased by 30% in three years to a record $6.590 billion per day, according to data published on Monday, September 16. The Basel institution in Switzerland conducts a three-year survey to track the main movements in this little-known market, which is "Forex" (for foreign exchange).
For the first time in the last twenty years, a decrease in the volume of currency trading was recorded by 6% in the period from 2013 to 2016. The rebound observed over the past three years is explained by numerous news (Brexit, Trump's election, concerns about the eurozone economy, the crisis regarding some emerging currencies, etc.), which caused a surge in currency volatility. Thus, since 2009, these trade volumes have increased more than fivefold. And over the past three years, this dizzying growth was mainly due to transactions with derivatives, while the business of transactions with currency "swaps" developed even faster (+34%) than transactions with cash (+20%).
"The King of the dollar"
The three most traded currencies remain the dollar, significantly ahead of the euro, whose weight, however, has slightly increased, and the Japanese yen, whose share, on the contrary, has slightly decreased amid the decline in yen/dollar transactions.
"The dollar has retained its status as the dominant currency," notes BRI, which clarifies that the dollar is present from one side or another in 88.3% of all exchanges. On the one hand, because Forex is a market where so-called convertible currencies (currency pairs) are exchanged for each other. Thus, significantly inferior to the US dollar, we find a single European currency used on 32.3% of exchanges, which accounts for a growing market share (31.4% in 2016). The yen, whose share has decreased from 21.6% to 16.8%, completes the podium. It should be noted that "as in previous reports, the market share of the so-called emerging currencies continued to grow and reached 25% of the total trade volume."
As for the "currency pair", the euro / dollar is leading to a large extent, since we are talking about every fourth transaction, while the share of the dollar/ yen pair has fallen to 13%, since the lack of volatility in the Japanese currency prompted investors to abandon it since 2016.

The decline in the interbank market.

Since then, the Forex market has been hunting for banking institutions for a long time, which accounted for almost 70% of the Forex market business in the early 2000s, since then the Forex market has opened up to new players, among whom were high-frequency traders who gradually absorbed market share. Mechanically, the share of trade between the fifteen major banks dominating the market is declining and accounts for only 38% of transactions between 2016 and 2019, compared with 42% three years earlier.
On the other hand, medium-sized banks, especially regional ones, gained market share (24%, or $1,600 billion per day). High-frequency traders and hedge funds own 9% of the business, while companies that enter this market to hedge their currency risk accounted for 7% of these colossal volumes.
If high-frequency trading and robots capture market share from large banks, they also absorb the market share of individuals. Currency speculation on the part of the latter really fell by 30% in three years to $ 200 billion a day. The growth of foreign currencies (bitcoin, ethereum, etc.), much more volatile, therefore attractive to amateur traders than traditional currencies, explains this decline. Finally, central banks account for only 1% of daily volumes, since the major economic powers, especially China, did not conduct competitive devaluations, monetary institutions did not enter into a kind of "currency war", as it could have happened in the past.

As for the geographical distribution of Forex transactions, the British exchange occupies the lion's share, since 43% of transactions are processed in London, which is more than in 2016 (37%). This increase in market share was recorded in favor of the New York Area, which during this period handles only 16.5% of world trade (-3%). Brexit is no stranger to this transfer of market share, as ongoing political uncertainty in the United Kingdom has caused a spike in volatility in the pound, which has benefited its natural listing location, London. Asia's leading Hong Kong ranks first with 7.6% of transactions. Paradoxically, given this increased volatility, the pound sterling ranks only fourth in the most traded currencies (13% of transactions).
BRI also indicates a jump in trade turnover in mainland China (+87% since 2016) to $136 billion per day (2.1% of the total). Paris is slightly behind, its share has decreased by 2.8 - 2%.